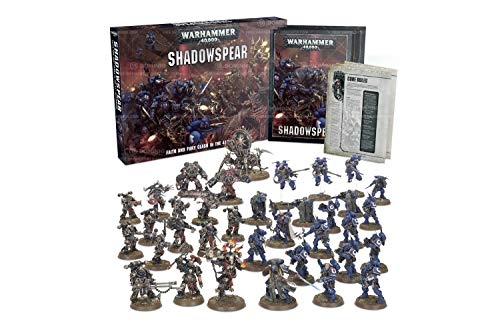 The Shadowspear Battlebox, designed and manufactured by Games Workshop, pits the Chaos Daemonkin against the Vanguard Space Marines. This box sets includes all the pieces to build the two armies, a codex for each army and a Shadowspear campaign book to play missions in the war for the Vigilus System. The models for both armies feature all new visually striking sculpts, including updates on classics as well as new units. This set is great for adding to an existing army or starting a new one. Models come unpainted and require assembly. Tools & paint sold
Kit delivered unpainted and requires assembly